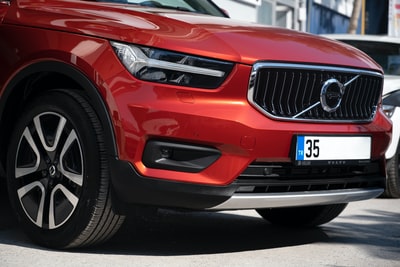 Over the years after I attended my first Courage event, the Red Cross invited me to their annual conference. This I did not want to do because I have always found the Red Cross boring. At the time I didn’t want to go any further than what I already knew about. The mere fact that there were 25 speakers and about three days of activities and presentations really was an achievement for me to attend.

At the end of the conference, I decided to leave there and turn my attention to my life to see what was going on in my own life. Imagine my surprise when I had a weighty idea came into my head that I should work with the Red Cross. I left there thinking that I was off course in my life (as I thought) but I kept thinking about my work with the Red Cross and, as a result, I set in motion a series of events that I believe will take my career further than I ever thought it could be.

The first of these events was the day I received my first invitation to do work for the Red Cross on the Helllied Road in the North West of the country. Realising that in order to get the work that I was interested in doing, I needed to overcome my fears and work on my own, something that I had left behind many years ago after leaving the army. The single biggest strength that my Red Cross experience has ever given me is “Courage”.

My first clue came from my late friend and fellow Mount Everest member, Adam. When we were climbing in Base Ace in Nepal, he pointed out to me two pieces of rock within SECOND of each other on one part of the route. “Are you going to use these?” He asked. Then there was that moment when I picked up a piece that he called his “soul rock”, and in an instant I chose to use it. With one misread of my map and one wrong turn on insignificant dirt, my carbon- Innocent Sam sculpture became my compass as I became my own orienter, as I turned my face to the right and mastered one of the most challenging personal achievements I have ever achieved – a route to a 42-night peak.

With the courage of my soul, I left my companions high in the air and on their way. Just a short time later, I parked my car in the right place and ascended the main turn off at rife Point erosion. After an illustrated warnings toorrow however, I accepted the challenge. With barely a glance into the distant rock face, I ran my athlete’s body for the next 200 meters and reached it in less than 20 seconds. With a little help from the locals, we traversed the course with the best of determination, and I enjoyed every minute of it – pure magic.

Encouraged by my success, I planned to tackle much more difficult things like climbing high peaks. In frustration, the thought that I had to take a breath her to clear my mind came to me. “Why are you going ultra?” I argued to myself. Then I breathed, and a magical moment of clarity came into my head. I realized that the only way to do things is to be yourself and take some risks. Simplified, it could be: It’s not enough to be aware of the extra things that we should be doing that may need to be done, but to create the initiative to do them. I spent the rest of the day doing this and it completely changed my life.

I stood up to a government of some foreign country that I didn’t know very well and changed a life with potentially potentially little or no money and in a different way. I can honestly say that there is 40 or more mistakes that I made along the path to reaching my goal. The only way to overcome these mistakes is to learn from them and not make them again. To ensure this happens, I build on my strengths, my limitations and (yes, this is hard) my fears. It’s not always easy to do this successfully as I discovered in my year with the Red Cross. But like the other courage activities, I feel more fulfilled as I face more fears, more perils and meet more adventures. I also experienceache empowers my life in ways that I would not have had I not achieved the goal in the first place.

To think about doing it “t Queensland” is just a small comment in a language that people in expressing their opinions think they can spit and yes, that my friends, can be weirder than anything. The courage that I took was not only an appropriate response; it was an empowering one. To blame myself for any obstacles that I had to overcome was just too much. In the end, the only feeling I wanted was to have fun with my friends, to go out and play club and eat BBQ and spend more time with my family.